Adebola trained as a medical doctor in Nigeria, but after a few years of clinical practice she decided to focus her career in public health.

“In the course of practice I realized that a number of the diseases I was seeing in the pediatric department where I was working – these cases were preventable and really occurred as a result of the lack of adequate knowledge on the part of the caregiver,” she said.  “I wanted to prevent diseases rather than just treat them.”

Adebola was especially aware of the equity gap in healthcare that meant people in areas with less access to basic health knowledge and vaccines were more susceptible to illness. “We can do something about this,” she thought.

Before immigrating to the United States Adebola was working for the United Nations in Nigeria as a Child Health Specialist, developing governmental guidelines that incorporated global advancements in science and public health strategy. She was doing well and lived a comfortable life with her husband, who was working as a practicing physician. But she said she soon had a “defining moment” and then an unexpected opportunity arose.

She, her husband and two pre-teen sons were not thinking about a move when they were selected to receive a Green Card to come to the U.S. They had applied many years earlier and had moved on with their lives, but when the opportunity arose, Adebola thought of giving her children access to greater oppotunities. When granted the chance to provide her sons with a greater sense of security and a better education, she decided to take it. Their plan was emigrate to the United States and and continue on with their careers, but it wasn’t as easy as she had thought it would be. Adebola found herself applying for job after job, doing so many interviews, getting to the final stages, and waiting for an offer that never came.

“It was draining and frustrating,” she shared. “I knew there was no turning back. It was sink or swim, and I just had to hold on and be hopeful.”

There were moments where Adebola saw herself as a terrible cliché; a highly-skilled immigrant forced to work in low-skill, low-wage employment. In those moments she worried she might never get back to her career. She feels fortunate to have connected with Upwardly Global through a referral from a friend. Through Upwardly Global she was assigned a career coach who provided targeted advice about how to navigate the U.S. employment system and introduced her to professionals working in her field. But more than anything, Upwardly Global helped her to understand that she was not alone.

Connecting with other immigrants who had found professional success in the U.S. gave her the confidence to believe she would pull through too, and she did.

Adebola’s last role at the U.N. was an executive-level position. While she didn’t want to settle for less, she did take a few more junior roles to build her U.S. experience. Eventually, she was hired by the Illinois Department of Public Health as the division chief for contract tracing for the State of Illinois. Now she pulls from her vast public health experience in Nigeria to envision how the state might improve upon and leverage the structures built during the Covid-19 pandemic for a broader health systems approach to disease control and prevention.

Adebola’s story carries a powerful message about the benefits of integrating foreign trained medical professionals into our workforce, and also, what is at stake when these talented individuals do not have accessible on-ramps to contribute their skills and expertise.

Adebola’s sons, age 13 and 11, adapted to the U.S. even more quickly than their parents. They have settled in to school and life in America and are doing well. As for her husband, he is in the process of getting his license to practice medicine in the U.S. They have been married for eighteen years this December.

“Over the years, we have learned that life swings and what is important is to support one another,” she said. “From here on out, our faith tells us the sky is our limit.” 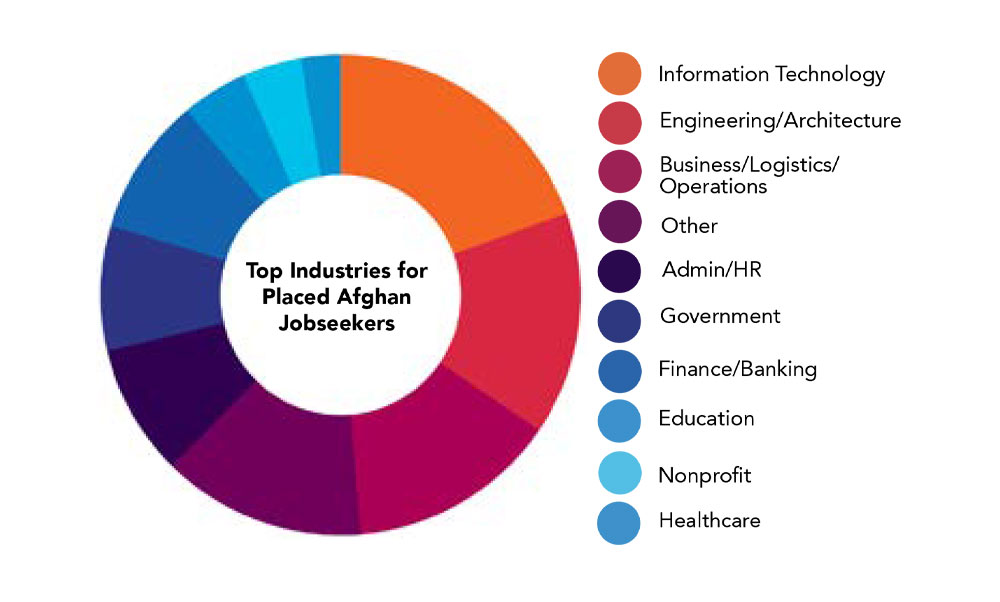 Upwardly Global Hosts Public Board Meeting, “How Can We Best Address Barriers to Immigrant and Refugee Inclusion”

On Friday, December 2nd, Upwardly Global hosted a public board meeting on “How Can We Best Address Barriers to Immigrant and Refugee Inclusion”. The discussion Uprooted from Kabul, welcomed in Pittsburgh “We left everything behind. Our careers, the city that we loved for years, my apartment, my car, everything,” says Upwardly Global is  proud to be featured in Changeworks from Independent Sector as a nonprofit putting “Hope, Help and Progress on Tap for 2023.” “In